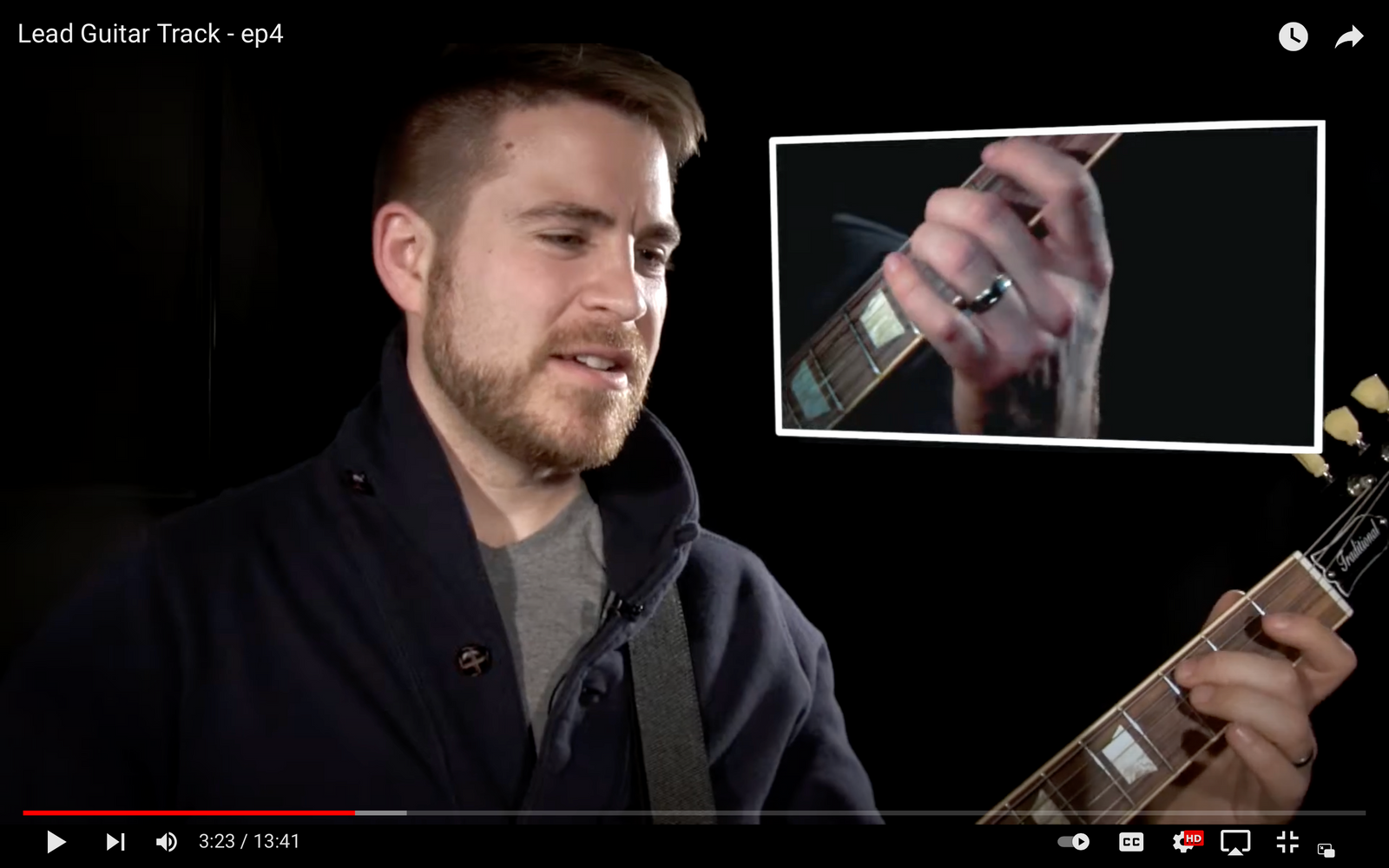 I created the Lead Guitar Track a while back. I thought I'd share these here for any who find it helpful. I'll be revisiting these ideas, but you can still get some helpful insights from these.

Come on, did you watch The Sound of Music?
If not, here's the clip to watch.
WOW! I said a lot of things. Let's see if I can help clarify some if it didn't make sense to some of you. No, I'm not talking about my numerous verbal trip-ups that didn't make sense at all. I'm lost on those too. We'll just struggle through together. I'm talking about the theory stuff.
Here we go:
Here's the pattern for a MAJOR 🙂 scale: Whole-Whole-Half-Whole-Whole-Whole-Half
Alright. If you start on the 6th one. That's the last Whole there... and bump all of the notes to the left over to the right, you'd get:
whole-half - Whole-Whole-Half-Whole-Whole- - - stop there.
THAT MEANS, if the pitch of the first note of the major matches the third note of the minor, the same note choices will be used in both of those scales. They're all in the family. The minor is called the RELATIVE MINOR to the major scale.
Example: a C Major scale is made up of these notes: C D E F G H I J wait. That's not right. It starts over after G. so...
C D E F G A B then starts over at C
And the relative minor, the A Minor scale is A B C D E F G A
Same notes.
Here's another example:
B Major: B C# D# E F# G# A# B
Relative Minor is ???
G# Minor: G# A# B C# D# E F# G#
same notes. Makes sense?
So... when we solo, we can use the same patterns when they are soloing for both the major and the relative minor scales.
Coincidently, we've already learned the C Major scale AND an easier tool for soloing called the Pentatonic Scale. Pentatonic means 5. It's a selection of 5 notes of the 7 that will work in a bigger variety of chords in a song.
Here's exercise 3 (also the pentatonic scale)

We tied that all together with more assignments. Keep working on your exercises.
Lastly, I directed you toward some great resources to help your playing in ways that are outside the intention of these lessons.
Check 'em out at www.metalmethod.com
Seriously, they are really good.
Alright. That's all for this week. Ask questions, post comments. Let's do this!
« Back To List